ECONOMY: GDP growth is slowing down

The Bulgarian economy is facing a challenging time, as a result of the deteriorating external environment. The real GDP growth is expected to slow down to 2.8% in 2022, followed by anemic increase of 0.1% in 2023 in the light of the forecasted global recession. The economy is affected mostly by the deceleration of the private consumption, reflecting the negative effect of the growing inflation on the disposable household income. The latest projections of the Bulgarian Central Bank are for 14.9% annual inflation at the end of 2022 and slowdown to 4.1% at the end of 2023. A bright spot are public investments, which are expected to increase, primarily due to European funds.

SUPPLY AND DEMAND: Leasing activity around the five-year average

The leasing activity on the Sofia office market for the nine months remained around the five-year average, reaching 110,646 sqm. Lease renewals and relocations remained the main driver, since most tenants tend to change their office mostly when their contracts expire. During the period, expansions retained a small share of the market, accounting for 11% of the total take-up. Net absorption remained moderate, although on a positive territory – 20,537 sqm for the nine months. The figures reflect the wide spread of the hybrid work model and the attitude of many businesses to optimise their office space. However, the opposite trend is gaining strength, with an increasing number of companies that want their employees back in the office. The demand for serviced offices and coworking space is at its peak. Because of the inconsistent utilization of the workstations, increasing number of occupiers are looking for more flexibility related to lease term and occupied areas. As of the nine months, the overall supply in this segment in Sofia is exceeding 50,000 sqm and will grow further. During the third quarter, the vacancy rate remained stable at 16.6% for Class A and B offices, since the slow pace of office development limits the availability. The completion of two small office buildings added about 7,000 sqm to the market stock. Space under construction dropped to 167,300 sqm, the lowest level in five years. 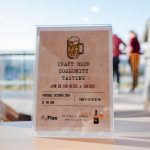 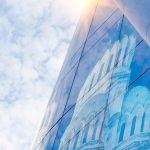 You can find out more about which cookies we are using or switch them off in settings.

This website uses cookies so that we can provide you with the best user experience possible. Cookie information is stored in your browser and performs functions such as recognising you when you return to our website and helping our team to understand which sections of the website you find most interesting and useful.

The technical storage or access is strictly necessary for the legitimate purpose of enabling the use of a specific service explicitly requested by the subscriber or user, or for the sole purpose of carrying out the transmission of a communication over an electronic communications network.

If you disable this cookie, we will not be able to save your preferences. This means that every time you visit this website you will need to enable or disable cookies again.

The technical storage or access that is used exclusively for statistical purposes.

Please enable Strictly Necessary Cookies first so that we can save your preferences!